The R&J Cylinder and Machine story began as most great corporate stories do – someone saw a need and wisely decided to fill it.

In this case, the NEED was for hydraulic cylinder manufacturing and precision machining services, with almost no limits due to size or complexity.

The SOMEONE was Jesse Sandy, who after 60 years of success in the precision machining and honing business, noticed that there were only a handful of companies scattered across the nation that could do this kind of work, and none in the critical industrial region of the upper Midwest and northern Ohio.

It was a good fit. Regardless of the business, Jesse Sandy was known for doing things right. The details mattered which served him well his entire career, but never more so than in an industry where even a thousandth of an inch was the difference between success and failure.

So, in 1990, the decision was made to start a new business with the help of his son Ron Sandy and longtime friend and co-worker Jeff Shepherd. Jesse, Ron and Jeff took the leap of faith in 1990 and R & J Machine was born.

Jesse’s youngest son Don followed in 1996, bringing new talent and experience to the company. With each passing decade R&J Machine has continued to grow, in size, and in the capabilities offered to clients. But it is their “Pride in Precision” that continues to make them one of the preeminent cylinder manufacturing and machining companies in the United States. 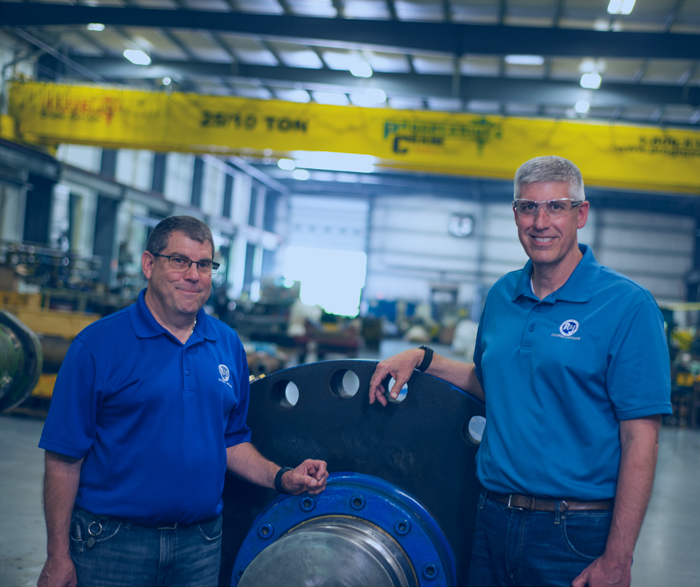